3 Surprising Lessons I Learned About Email List Building From A Car Salesman (THIS Is Powerful!)

“Do you use an email list? Email list building is something every online entrepreneur does. You should start one today.”

That was the advice I received 5 years ago when I started my journey with online marketing.

So back to the topic. Since the time I was sold the idea of email marketing, my idea of an “email list” has changed so much. Partly, that’s because of my laziness to write too many emails or create autoresponders (although ConvertKit makes it super-easy to do them). But the biggest change was when I met Peter (name changed), a car salesman a few years ago.

The first time I met Peter was around 13 years ago. I was visiting a friend who was interested in purchasing either a Mercedez E-Class sedan or a BMW 5-Series. Peter, who worked at one of the biggest Mercedez dealerships in town, was visiting my friend that day. He had brought a brand-new Mercedez E-Class for a test drive and gave a complete demo of the car.

“Would you like to take the car for a test drive?”, asked Peter.

“Yes!” said my friend, and Peter gave him the key. He then asked us something that blew my mind:

“When can I see you next? Or, just give me a call whenever you’re ready. Does that sound good?”

Because what Peter just did, was something my friend or I didn’t expect. He let my friend experience the car at his own time, and there was no catch.

And that’s when Peter taught me rule number 1 of list building:

My friend had not yet purchased the car. But here he was having the keys to his dream car that was at his doorstep. He could experience the machine and didn’t have to worry about anything at all. Right at that moment, I almost could see that my friend had made the decision. BMW 5-Series was off the list!

And here’s the first lesson in email list building.

My friend had called the dealership for a test drive after seeing an ad in the newspaper. The “test-drive” car was the lead magnet. And the experience? Out of the world!

In fact, right in the middle of the test drive, my friend started making plans for holidays and long drives with friends!

Give your lead magnet subscribers a top-class “Mercedez E-Class experience”. You’ll be surprised to see a long waiting list for your products or services!

Speaking of waiting lists here’s what happened in the next week of my friend’s Mercedez E-Class purchase:

Four of his friends booked a Mercedez from Peter (and one was an S-Class!)

Peter has been a household name ever since. Whenever we have a bad experience, we end up with a sigh and say “Wish Peter did this!”

And that brings me to the next lesson:

Peter did to customer experience, what Xerox did to photocopying. And boy, did it not end with the purchase of the Mercedez E-Class. It was roughly more than a month since my friend got his new car when he told me about the cake.

There was someone at the door with a cake and a little card.

You guessed it right. It was from Peter. And the card read “Congratulations on being a proud owner of a Mercedez E-Class for 30 days!” And there was a personalized note that also reminded my friend of the first service.

The service costs of a Mercedez are pretty expensive. But Peter made that experience a memorable one. My friend remembers the cake and card more than the money he spent on the car’s first service!

Peter was no snake oil salesman. In fact, I’d argue he wasn’t a salesman at all.

He was in the business of building and nurturing relationships. After 13 years and several such cakes, lunches, and dinners he invited my friend, he’s done more to Mercedez than an average salesman would do. My friend changed his E-Class for a GLE a few years later and referred over a dozen friends to Peter.

A few cakes, lunches, and dinners for over a dozen Mercedez sales. That’s a killer!

By nurturing relationships, Peter did something even more powerful:

He was on top of the mind of his customers and was the first to recall!

And therein lies the third lesson:

The only time I remember Peter doing anything close to selling is during his first visit 13 years ago. And I remember that conversation (coz I was there).

The first thing he asked my friend was the reason for wanting to own a Mercedez. He listened to my friend like it was nobody’s business. And then he gave my friend a detailed tour of the car. He explained how each feature would help my friend or enhance his lifestyle.

But that’s where the selling ended. Period.

“I came in a brand new Mercedez GLE. You can have it for a few days and see for yourself. Meanwhile, let me give your E-Class a quick health check!” and he smiled while giving the keys to the GLE.

You can guess what happened next. That’s what I call selling without selling!

That sums it up, pretty much. I’ll leave you with the words of Brian Chesky, the co-founder of Airbnb:

If you want to build something that’s truly viral you have to create a total mindfuck experience that you tell everyone about. We basically took one part of our product and we extrapolated what would a five star experience be. Then we went crazy. So a one, two, or three star experience is you get to your Airbnb and no one’s there. You knock on the door. They don’t open. That’s a one star.

Maybe it’s a three star if they don’t open, you have to wait 20 minutes.

So we thought, “What would a six star experience be?”

A six star experience: You knock on the door, the host opens. “Hey, I’m Reid. Welcome to my house.” You’re the host in this case. You would show them around. On the table would be a welcome gift. It would be a bottle of wine, maybe some candy. You’d open the fridge. There’s water. You go to the bathroom, there’s toiletries. The whole thing is great. That’s a six star experience. You’d say, “Wow I love this more than a hotel. I’m definitely going to use Airbnb again. It worked. Better than I expected.”

You knock on the door. Reid Hoffman opens. Get in. “Welcome. Here’s my full kitchen. I know you like surfing. There’s a surfboard waiting for you. I’ve booked lessons for you. It’s going to be an amazing experience. By the way here’s my car. You can use my car. And I also want to surprise you. There’s this best restaurant in the city of San Francisco. I got you a table there.” And you’re like, “Whoa. This is way beyond.”

Let me know what you think in the comments below. If you have an email list where you do something unique, let me know in the comments. If you liked this post, I hope you’ll consider sharing this with your friends or colleagues. 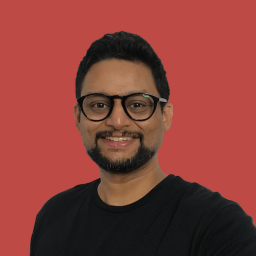 Hi, my name is Karthik

Husband, Dad, Podcaster, Entrepreneur, in that order. Writing my first book. Listen to my podcast at https://designyourthinking.com/follow

This site uses Akismet to reduce spam. Learn how your comment data is processed.